Young Women’s Christian Association of Nigeria is a voluntary, non-political, non-profit intergenerational women’s organisation with membership strength of 20,000 women, young women and girls in 132 branches spread across 20 states of the federation including the Federal Capital Territory, Abuja. It was established in 1906 and has its headquarters domiciled at 8, Moloney Street, Lagos. YWCA of Nigeria cuts across religion, race and status in its affiliation to the World YWCA – the oldest and largest network of 25 Million women and girls advocating for peace, justice, human rights and care for the environment in 132 countries and has been at the forefront of raising the status of women for more than a century. YWCA of Nigeria has special consultative status with the Economic and Social Council of the United Nations and has been in partnership with a wide range of Multinational Organisations and Donors.

Every four years, YWCA of Nigeria holds its National Quadrennial Convention to ratify National Council decisions on its policies, constitution, strategic direction and budget. Representatives from 167 branches across the country participate in the Convention activities, one significant one of which is to elect 13 women and young women to the National Executive Committee – the governing body of YWCA of Nigeria which executes decisions of the National Council, working closely with the National Office which handles the day to day operations of the organisation. 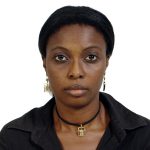 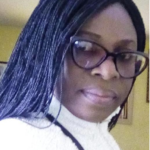